The British actor, Christian Bale, is recognized because, on several occasions, he has transformed his body to achieve the demands of each role.

Few actors can better personify the Hollywood “transformation” than Christian Bale, who, in his career, has put on weight for American Hustle, reduced his body fat for American Psycho, regained weight for the Dark Knight trilogy, and then lost weight -about 100 pounds after “Vice” in 2016- for Le Mans 66.

However, Christian Bale’s portrait of the emaciated sleepless Trevor Reznik in the 2005 thriller “The Machinist” is stricking. To play Reznik, a factory worker plagued by psychological problems, he had to lose 55 pounds in four months using an extremely low-calorie diet to get rid of the weight of his previous role in “American Psycho” from 2000. 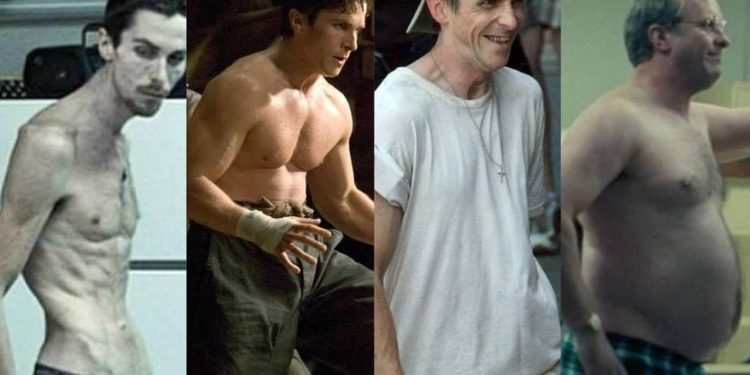 Throughout the four months of pre-production, Bale underwent a diet of black coffee, one apple, and one can of tuna per day.

“This is less than 200 calories a day, so it’s not healthy (…) An extreme diet like this will wreak havoc on your metabolism and cause a lot of stress on your body,” said Harley Street health expert, Daniel O’Shaughnessy.

He is not wrong. In an interview with E! in 2019, Bale admitted that he was not looking to explore the option of undertaking more dramatic Hollywood transformations. “I’ve become a little more boring now because I’m older and I feel that if I keep doing what I’ve done in the past I’m going to die. So I prefer not to die.”

Also, in an interview for Sunday Times Culture magazine, Bale spoke of his transformations: ” I can’t keep doing it. I really can’t. My mortality is staring me in the face,” he said.

Former model, Lisa Phillips, claimed that her friend had sex with Prince Andrew on the orders of Jeffrey Epstein