An officer attended an emergency with an alligator, and this is what he found

A Florida official responded to an alleged alert indicating that there was an alligator in the shed, but when he realized that the animal was harmless, he was very surprised.

The Polk County Sheriff said Deputy Trexler responded to the call about an alligator in a storage shed.

“He came… he saw… he conquered the beast. It even took her breath away. Literally. The alligator turned out to be a pool floater,” wrote the sheriff’s office.

Deputy Trexler went to a call about an alligator in a storage shed. He came…he saw…he conquered the beast. He even knocked the wind out of it. Literally. The gator turned out to be a pool floatie. #PCSO#Crikey#TheGatorHunter#TuneInNextTimeWhenHeWrestlesAPoolNoodle pic.twitter.com/5ZXRnG3tBW

Recently, a 38-year-old alligator named Bob is getting better from an injury to one of his legs thanks to a team of veterinarians from the University of Florida.

Although it seemed almost impossible, the staff managed to perform the X-ray with which they determined that the animal suffers from osteomyelitis. 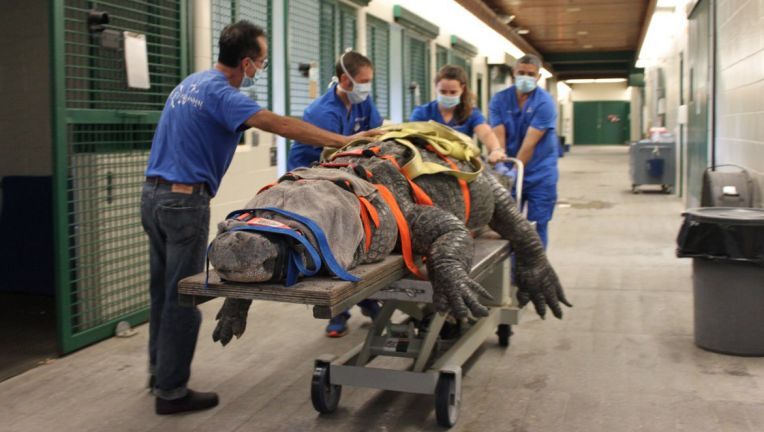 With information from WSVN