Fatou Bensouda is one of the world's strongest allies of the dictatorships.

One of the strongest allies of the dictatorships in the world. Fatou Bensouda withdraws as a prosecutor of the International Criminal Court, as reported by the renowned Venezuelan economist, José Toro Hardy, on his Twitter account.

The Venezuelan economist tweet this September 19th: “Fatou Bensouda is retiring as a prosecutor of the International Criminal Court with a burden on her conscience. Whoever replaces her will no longer be able to cover his eyes. ”

However, according to the International Criminal Court website, icc-cpi.int, the term of Gambian lawyer Fatou Bensouda expires in June 2021.

Fatou Bom Bensouda is 59 years old and served as Attorney General and Minister of Justice in the Republic of The Gambia.

The International Criminal Court (ICC) is a permanent court located in The Hague and created in 1998. Its mission is to prosecute those allegedly responsible for the crimes of genocide, war crimes, and crimes against humanity.
On 12 December 2011, Ms. Fatou Bensouda of The Gambia was elected by consensus Prosecutor of the International Criminal Court by the Assembly of States Parties. 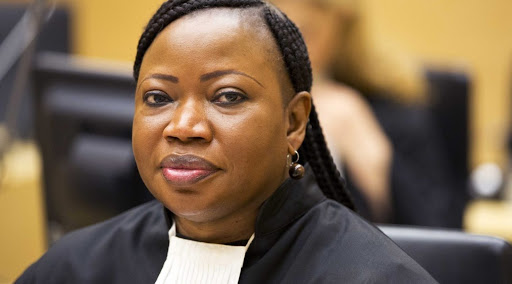 Ms. Bensouda had previously held the position of ICC Deputy Prosecutor (Prosecutions), icc-cpi.int said.
On Sept. 2nd, in a controversial decision, the U.S. government announced that it had sanctioned the ICC’s attorney general, Fatou Bensouda, as well as another senior court official, BBC reported.

The reason for the sanction imposed by the United States on the ICC Prosecutor General was reported by Secretary of State, Mike Pompeo.

The senior US official indicated that both Bensouda and Phakiso Mochochoko, head of the Jurisdiction, Complementarity and Cooperation Division, were sanctioned because they made “illegitimate attempts to subject US citizens to their jurisdiction.”