Kaavan, the world’s most depressed elephant, regains his freedom

Kaavan, known as "the most depressed elephant in the world" has been locked up for more than 35 years. He will finally be moved to a better place

It is not only people who feel lonely and depressed. The world’s environmental activists have their sights set on a pachyderm. The reason? Kaavan, known as “the world’s most depressed elephant,” has been locked up for more than three decades. He finally got permission to be taken to a better place – let us tell you!

Kaavan is a famous elephant that represents one of the most important causes of animal rights activists around the world. The reason is that he has been locked up in a zoo in Pakistan for more than 35 years, the AP reported.

Since 2016, when the terrible conditions in which Kaavan found himself became known, wildlife rights activists have been lobbying to relocate him. Even the American singer and actress Cher joined the cause.

Kaavan, dubbed the “loneliest elephant in the world” by his supporters, has languished in a zoo in the Pakistani capital of Islamabad for more than 35 years.

Bauer indicated that Kaavan will likely be moved to Cambodia. There he will no longer be alone and will have better-living conditions.

Kaavan, dubbed the “loneliest elephant in the world” by his supporters, has languished in a zoo in the Pakistani capital of Islamabad for more than 35 years.

In May, the High Court of Pakistan ordered the closure of the Marghazar Zoo due to its appalling conditions and was attributed to systemic neglect. Kaavan has been there for more than three decades.

Rescuing Kaavan from the zoo’s terrible conditions attracted the attention of animal activists from around the world.

Four Paws was invited by the Islamabad Wildlife Management Board to safely transfer the remaining animals in the zoo. So far Kaavan has been forced to live a solitary life in a small enclosure. 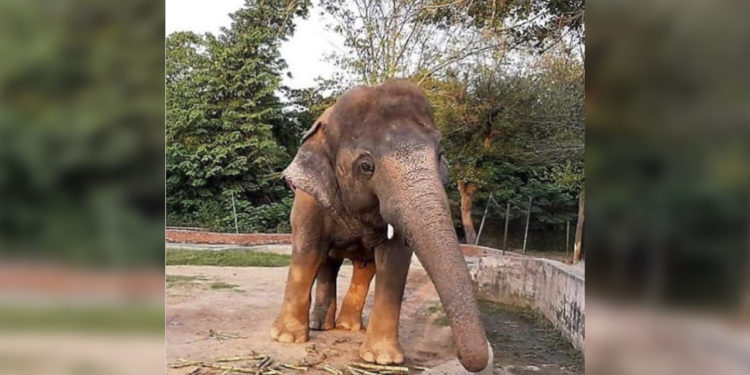 Friday’s medical exam showed that the elephant was overweight, even when it showed signs of malnutrition. Her nails were cracked and swollen apparently from years of living in an inadequate enclosure with a floor that damaged her feet.

“Following the checks, which confirmed that Kaavan is strong enough, steps will now be taken to complete his relocation to a potential animal sanctuary in Cambodia,” Bauer said.

Martin Bauer, a spokesman for Four Paws, said the elephant finally received medical clearance to travel, probably to Cambodia, where it will find company and better conditions.