In fear of the protests: He showed up with an AR-15 and a gun… at Disney World!

A Florida man took an AR-15 rifle and pistol to Disney World because he was concerned about his family’s safety amid protests for racial justice in Central Florida last month, according to the Orange County Sheriff’s Office.

In a recently released incident report by the sheriff, the Orlando Sentinel says a 43-year-old man from Palm Beach Gardens checked into the Polynesian Village Resort with guns in a tennis bag on Saturday Labor Day weekend.

The 43-year-old Palm Beach Gardens man checked into the Polynesian Village Resort with his weapons in a tennis bag on Saturday of the Labor Day holiday weekend, according to a recently released sheriff’s incident report.

The man had a permit to carry concealed weapons and was not arrested, so the Orlando Sentinel will not reveal his identity. Disney kept his weapons for him until the end of his trip.

The employee who handled the bag to carry it to the man’s room wondered why it was so heavy, made the discovery, and reported it to his manager, who then contacted the sheriff’s office, according to the report.

The Sheriff’s Office questioned the man who told them that he “brought the rifle with him for his safety because of the riots and civil unrest that are occurring in the South and Central Florida area,” the incident report said.

Protesters regularly held events, even near Disney World, after an officer morally shot Salaythis Melvin, 22, on August 7 outside Florida Mall. And as in many cities across the country, Orlando has had protests in support of the Black Lives Matters movement both downtown and near Universal and other surrounding areas throughout the summer.

The Sheriff’s Office verified his permit to carry concealed weapons. “We then gave [the man] his firearms back and told him that we appreciated his cooperation,” the incident report shows.

“No arrests were made because no laws were violated,” the Sheriff’s Office said Tuesday when contacted for comment.

Disney Security kept the pistol in the hotel safe, and the largest rifle was stored at Disney’s Animal Kingdom Lodge.

The individual did not return a voice message left on his cell phone for comment.

“Our policy is clear that no firearms or weapons of any kind are allowed on our resort, regardless of whether anyone has a permit,” said Andrea Finger, a Disney spokesperson, in a statement.

In July, a Georgia woman was arrested for leaving two guns in her son’s diaper bag when her family tried to enter Epcot. Yunique Smith, who did not have a concealed firearms permit, did not challenge the possession of a concealed weapon last month and was ordered to pay a $535 fine. 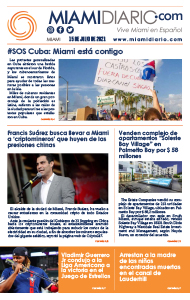